The EmC-ICDSST 2019 is the EURO Mini International Conference on Decision Support Systems Technology, and the 5th EWG-DSS ICDSST, co-organized and sponsored by the EURO Association and by the EWG-DSS Coordination Board, as well as supported by the APDIO and UMA.

Vice-Rector of the University of Lisbon, Portugal
https://www.ulisboa.pt/membro-equipa/jose-manuel-pinto-paixao

Prof. José Paixão was the local organizer of the EURO Summer Institute on DSS in Madeira in 1989,
when the EWG-DSS was created. 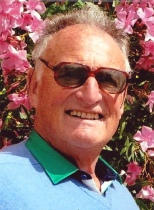 Retired Professor from the ULB/VUB University of Brussels, Belgium.

Prof. Jean-Pierre Brans was the general chair of the EURO Summer Institute on DSS in Madeira in 1989,
when the EWG-DSS was created.

EWG-DSS Board of Assistants (BA):

The EmC-ICDSST-2019 Program Committee will be composed of the EWG-DSS Coordination board members and long-term members of the EURO Working Group of Decision Support Systems EWG-DSS and Collaborators from other International DSS Communities. Please refer to Program Committee page for details.

Click on the cover above to go to the Springer web site and check details about the LNBIP 348 book.

Click on the image above to open and download the EmC-ICDSST 2019 Conference Brochure with QR codes & Links.